Ginter Park: The Queen of the Suburbs

Major Lewis W. Ginter, the wealthy Richmond industrialist, and entrepreneur, conceived and planned Ginter Park in the late 19th century. Ginter, the founder of the American Tobacco Company, visited Melbourne, Australia where he was impressed by the businessmen’s retreating home to the country at the end of each workday.

Thus was born Ginter’s dream for a Richmond suburb where according to legend, a gentleman could ride to and from work without the sun’s glare in his face.

He designed residential subdivisions organized in an extended grid pattern with varied fine single-family dwellings. He improved the existing road surfaces on Laburnum and Melrose Avenues with crushed stone from quarries on Hermitage Road. Then Ginter turned his attention to constructing new roads according to the plan with tile sewer lines laid in the roadbeds.

Ginter enticed Union Theological Seminary to move from Hampden-Sydney in Farmville to the heart of the new community with a gift of land.

Ginter enhanced the beauty of the new community landscaping with thousands of deciduous shade trees and miles of hedges. Newly drilled artesian wells provided fresh drinking water for the community.

As if these enticements to new residents were not enough, Ginter negotiated the extension of the first electric trolley system, established in Richmond in 1888, to Ginter Park in 1895. For a nickel residents of Ginter Park could travel either to or from downtown Richmond in fifteen minutes. 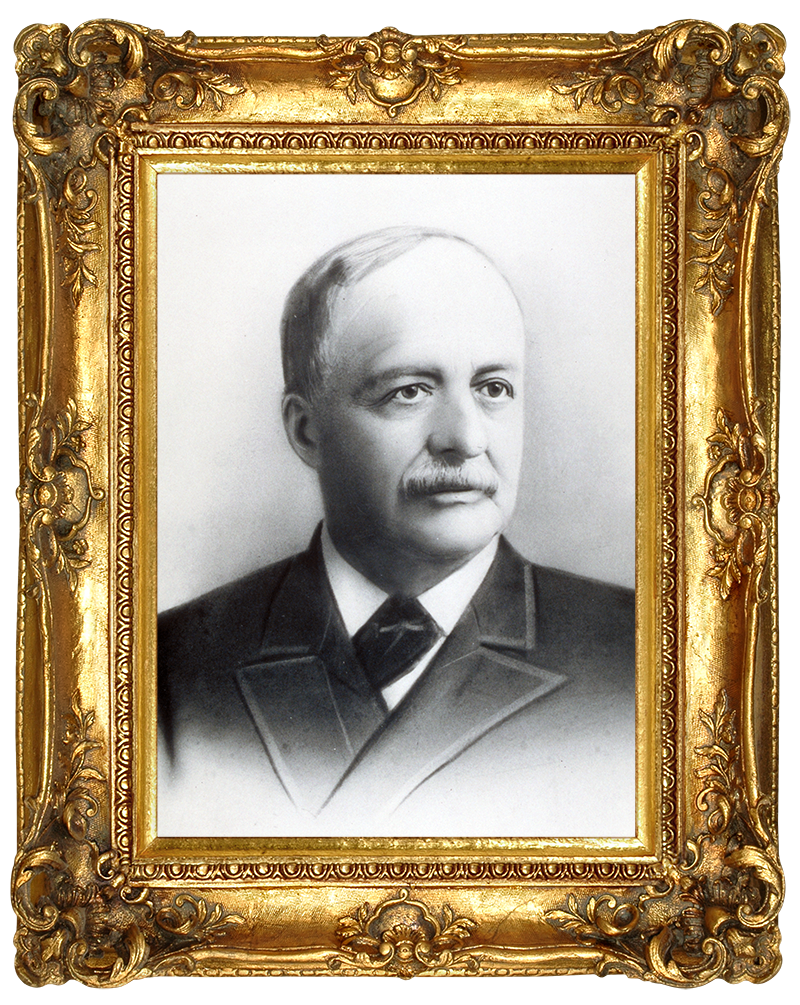 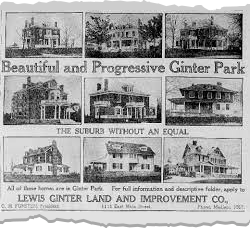 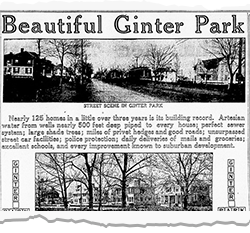 Following Lewis Ginter’s death in 1897, Grace Arents, his niece and heiress, sponsored the establishment of St. Thomas Episcopal Church and supported the implementation of his dream. The only completed residences at this time were the: workmen’s cottages on Chamberlayne and Hawthorne Avenues, waterworks houses on Westwood Avenue, and faculty residences on and around the Seminary Quadrangle.

In 1906 Thomas Jeffress, former business partner and co-executor of Ginter’s estate, founded the Lewis Ginter Land and Improvement Company to promote the sale of residential lots. Construction boomed from 1908 until the beginning of the First World War. A second building boom occurred in the twenties and lasted until the Great Depression.

Ginter Park was incorporated as a town from 1912 to 1914 when it was annexed by the City of Richmond. Its mayor was John Garland Pollard who went on to become Governor of Virginia.

With the increase of automobile traffic, the effects of the Depression, and the need for commercial viability, residents of Ginter Park welcomed the designation of Chamberlayne Avenue as U.S. Route 1. This designation, however, was a mixed blessing that brought about unanticipated changes to the community.

By the 1950s there were thirteen tourist homes within the area and many of the large houses had been converted into nursing homes. U.S. Route 1 became the preferred route for heavy traffic including large trucks. Eventually, multi-family apartment complexes replaced some of the grandest historic structures ever built in Ginter Park.

Fortunately, most of this development and re-zoning was limited to Chamberlayne Avenue, thereby, leaving the rest of the historic neighborhood largely untouched.

Today the Ginter Park Residents’ Association, founded in 1909, actively promotes the neighborhood with the common mission of defining, articulating, representing, and advancing the interests of the community with respect to public safety, education, social activities, and historic preservation. 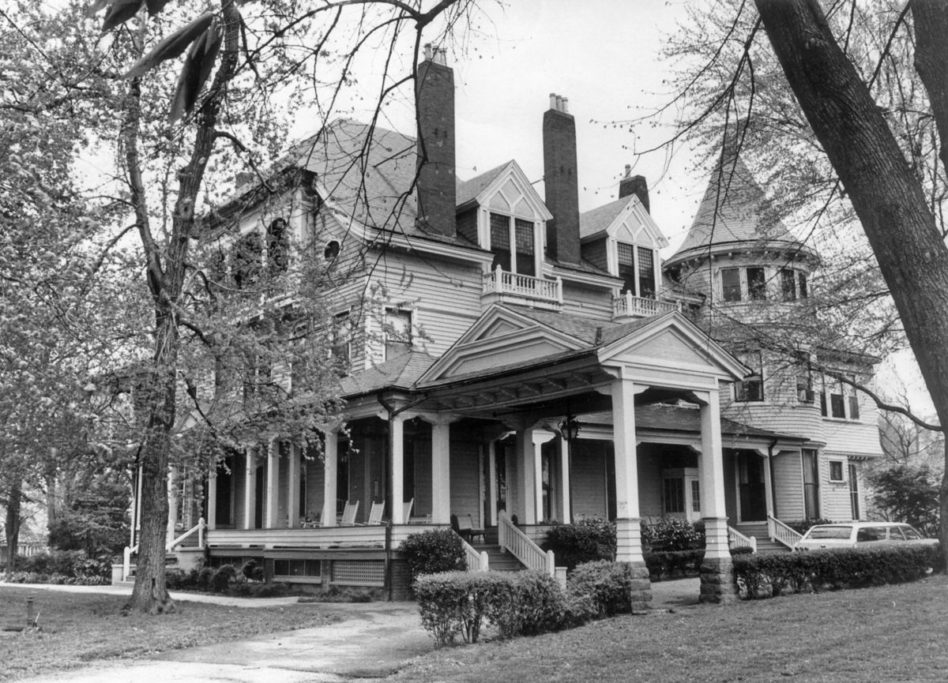 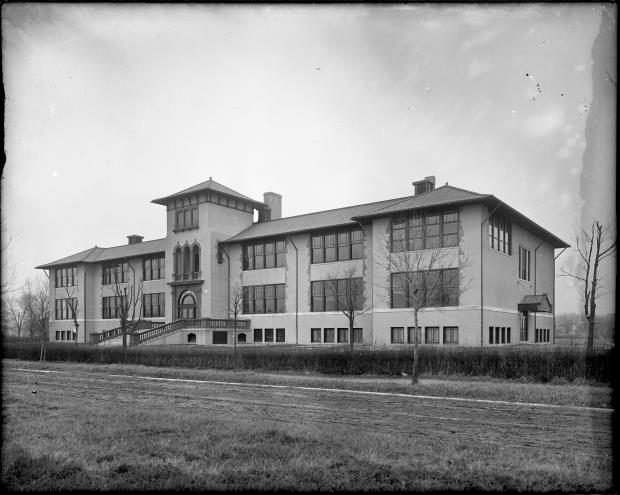 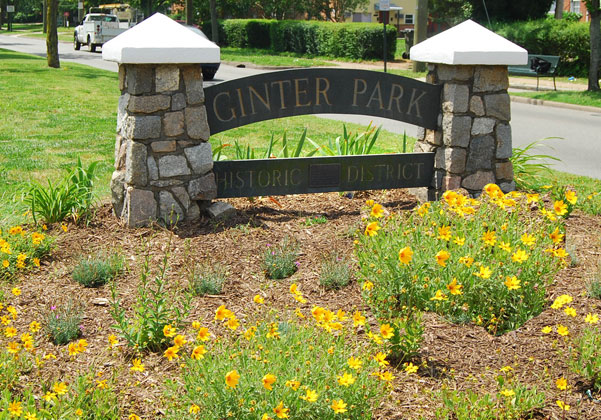 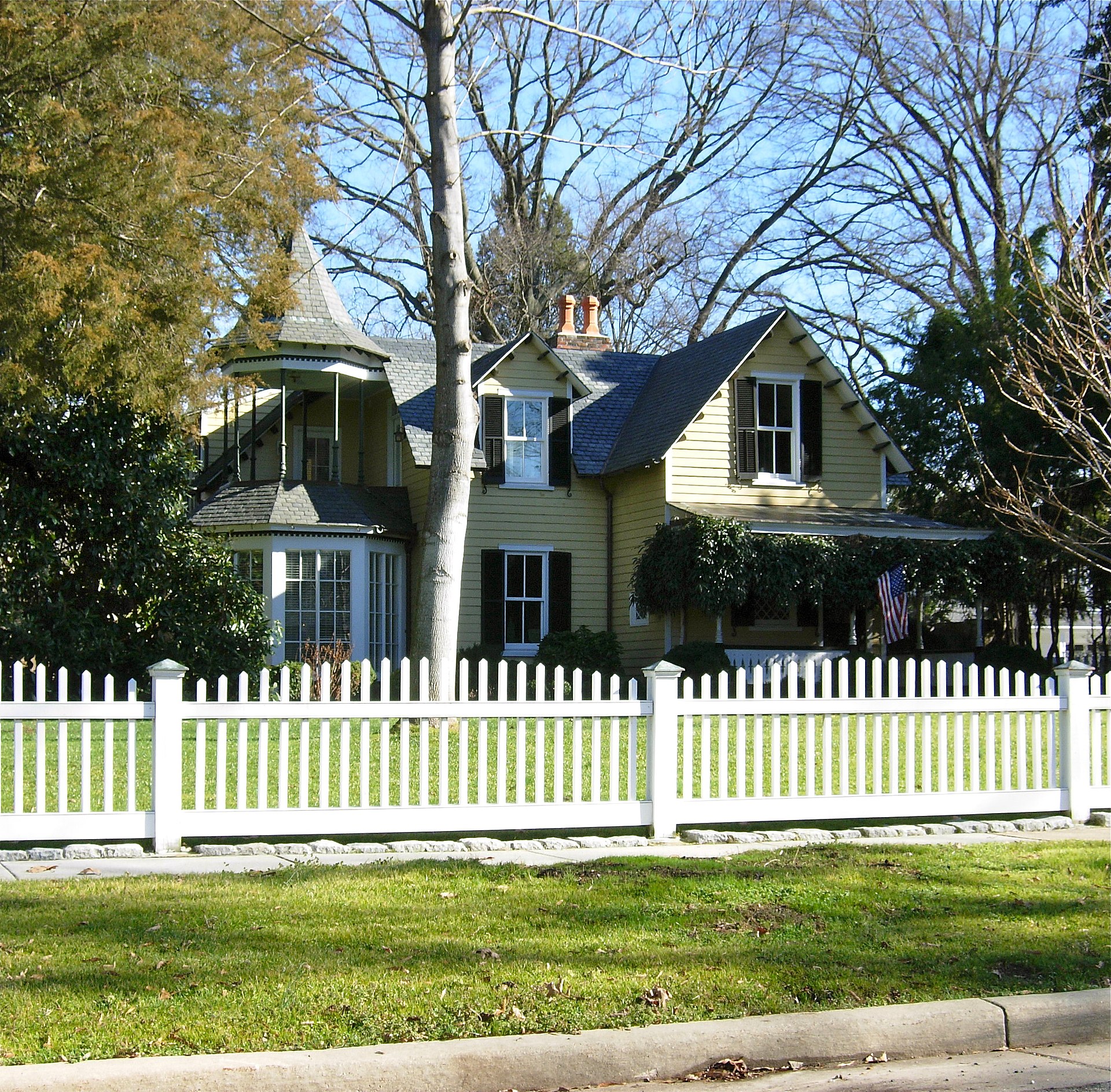